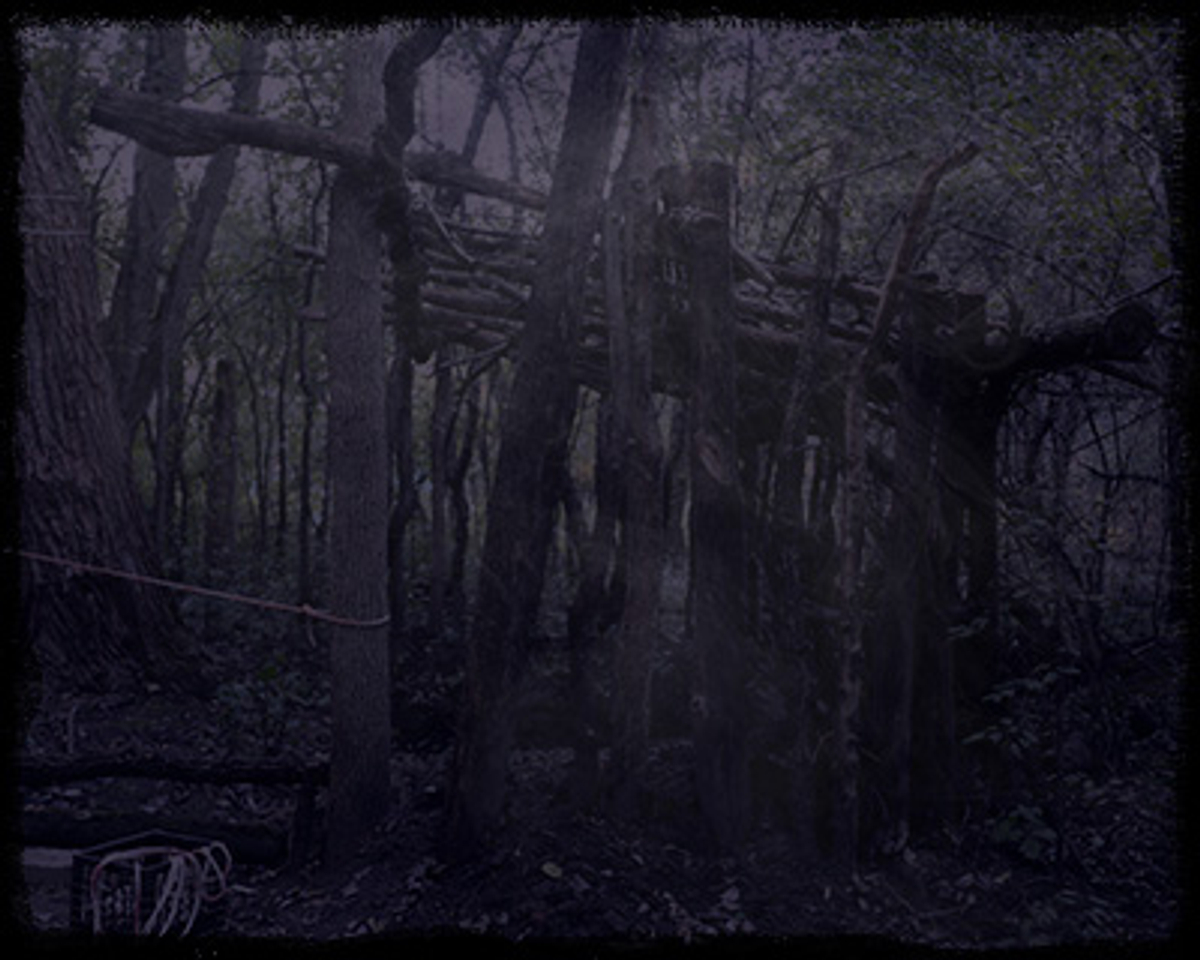 Chemical-soaked woods surrounding a Milwaukee landfill. This is where the mutant cannibal hillbillies abandoned their last shred of humanity, giving in fully to their hunger for human flesh.

When you stumble into Hunger Hollow, you see captured victims skinned alive, butchered, and eaten before your eyes -- assuming you’re lucky enough not to become an appetizer yourself.

It could be worse. Don’t be dessert. The butcher is always experimenting with new ways to serve up delicacies carved from living victims.

In Hunger Hollow, the math is simple: In this equation, you are either feeder or food.

The mutants recognize one another by their shared ravenous hunger for flesh. Those who don’t partake in the feeding frenzy are taken, strapped to the spit, and picked apart as they roast.

The mutants, by the way, like their meat “still kicking.”

Will you foolishly try to save your own skin, abandoning your humanity and joining the abominable feast? You can try to run, but what you find next will eliminate any hope left lingering ....

At last, the deepest depravity of the mutants is revealed. Rising in defiance against an almighty being who would allow them the tortured lives they endure, they turn instead to the abyss.

The Devil rose among them and demanded they sacrifice to him the souls of their human prey. The scraps of their bodies bathed in fire; the cursed dead find no rest here. They rise once more in waking undeath, demonically tied to the land for eternity, doomed to roam the grounds…

There is no escape from the haunted woods of Hunger Hollow. To enter is to become like them, forfeiting your humanity either willingly or by force.

All souls are offered to The Demon, and all exits lead to his realm.

GET TICKETS FOR THE BEST HAUNTED HOUSE IN MILWAUKEE. THE HILL HAS EYES AND GET READY TO RUN FOR YOUR LIFE.